MUMBAI, as a city, has two faces: Bollywood millionaires and Slumdog’s workers. All stories I heard from hotel taxi driver Mr. Sunil, who is not shy to share his passion for this city and his employment. Fariyas Hotel has a fantastic location: walking distance from a Gateway to India andTaj Mahal Hotel, and yet far from traffic business. My new travel leg was unfolding for me learning Life between ‘Rich & Poor’ in MUMBAI.

My travel plan was saying:

Day 24 – 25: Varanasi to MUMBAI. Today after breakfast time at leisure, check out hotel and on time transfer to airport for Mumbai flight. On arrival at Mumbai, meet our person, who will transfer you to your hotel, rest of the day free on your own. Overnight stay hotel: FARIYAS HOTEL MUMBAI

MUMBAI, as a city, has two faces: Bollywood millionaires and Slumdog’s workers. All stories I heard from hotel taxi driver Mr. Sunil, who is not shy to share his passion for this city and his employment. Fariyas Hotel has a fantastic location: walking distance from a Gateway to India and Taj Mahal Hotel, and yet far from traffic business.

Services and hotel crew spirit was unbeatable, led by Mr. Dibin and Mr. Kumar, both of whom I met during my October visit. All were very excited about upcoming hotel renovation in the near future; Yes, I would love to come back to enjoy your new upgrade with you all.

I have never known that Mumbai is actually Bombay. City name has changed, and it is the capital city of the Indian state of Maharashtra. It is the most populous city in India.  First, I had heard that I will be “lay-overing” in such big city, I was not happy. But my Travel Guru wanted me to experience all: bliss and misery from the country. I must admit it was a good choice to bring me here to give me a taste of Mumbai.

MUMBAI has the highest number of billionaires and millionaires among all cities in India. Mumbai actually doesn’t have as many ancient historical monuments as some places in India, but its diversity more than compensates. You’ll find everything from beaches to Bollywood.

A Gateway of INDIA: Not an Arch but a Sea Beyond

My hotel was in a walking distance from a GATEWAY OF INDIA,  which is Mumbai’s most recognized monument, the Gateway of India, was constructed to commemorate the visit of King George V, and Queen Mary, to the city. The looming Gateway is designed to be the first thing that visitors see when approaching Mumbai by boat. It’s also a popular place to start exploring Mumbai. These days the atmosphere around the monument resembles a circus, at times, with numerous vendors peddling everything from balloons to Indian tea.

There were many photographers that offered taking pictures of the Gateway of India, and me with service to print a photo just in a few minutes. This was a logical place from where I began my solo city browse.

I felt alone, sad in my heart. I just realized this is a very first time on my journey I am completely ALONE:  no private driver, no travel or personal guide.

Just I and my destiny in me were making my way due to South.

Suddenly, I missed them all! I missed all smiles, miscommunication and our “hurry up time. “ Time came to go deeper to settle well in my new travel reality.

Therefore, I invested my time to learned something new about this big arch. I learned that it was the English King George V who landed in India in 1911, at this very spot, and the citizens of Bombay pooled money and ideas to build this grand memorial to him. After Indian independence, the last British soldiers departed through this arch.

But the most important thing about the Gateway is not the arch at all, but the sea beyond it. It was this deep and safe harbor that first attracted the Portuguese, who called it “Bom Bahia” – Good Bay (that’s where the city’s name comes from). The Portuguese later gave away the island to the English as part of the dowry of the Portuguese princess Catharina Braganza. And the English East India Company developed Bombay into a major shipping and trading harbor.   So, you see, the city’s very existence is because of this stretch of calm water. Now I know where BOMBAY, a name of one of my favorite stores, came from, here in the west. 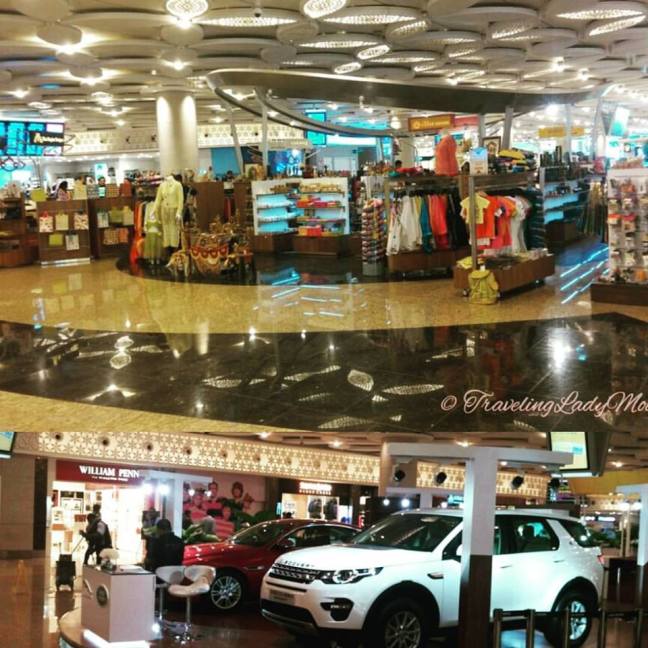 Mumbai is notorious for having Asia’s largest slum, Dharavi. My driver gave me a drive through this neighborhood, sharing a lot of stories about how Bollywood would never have been, without the working force from a slum’s city.  My highlights or “wow” moments came from Mumbai airport, the most luxurious and developed airport I have ever walked through. So much marble, state of art structure, my eyes have never seen on the airport.

I left Mumbai reviewing my three Indian wedding announcements in my hands. I LOVE WEDDINGS!  I felt regret not to be there witnessing a bonding of two hearts. I kept telling myself “let it go” there must be a reason ‘why not’ for this time around.

Excerpted from Ebook:  Facing your Destiny, India 2016 experienced and written by Veronika Prielozna as a Traveling Lady Moon

<strong>How To Use HATHA STRETCH To Increase Your Flexibility</strong>?

We all know that yoga is just one method of improving flexibility and mobility, but I prefer yoga HATHA STRETCH way. In my Hatha Stretch classes, as a yoga instructor/therapist, I continue to emphasize stretching and breathing exercises to maintain a healthy body and mind. However, I must say that, as a former nurse, I […]

“Be a Lion-like who dares to face.”

There are many possible alternatives to chasing the sticks of thought like a hapless hound. We can start chasing them and then bring the mind back to a point of focus, rather like calling a dog to heel. We can learn sit still and to watch the sticks fly past without reacting to them. We […]

Many of us know that yoga therapy works!  Obviously, it is not only a physical workout but what else is there? This hidden secret lies beyond fancy yoga outfits and yoga business.  I challenged myself with this question: “What is this inner connection between a brain and body?”  I allowed myself to explore.  I created […]